Linepharma International, a leading provider of pharmaceuticals developed specifically for medication abortion, and Hyundai Pharm, a company with an impressive history of bringing Sexual and Reproductive Healthcare products to market, announced on March 3rd 2021 that they are working toward making medication abortion products available in South Korea following the country’s decriminalisation of abortion in all cases up  to 14 weeks into a pregnancy.

Hyundai will register Linepharma’s flagship product, Mifegymiso®, with South Korean health authorities for distribution immediately. Mifegymiso® is a combination medication where the two medicines required for a successful medication abortion, mifepristone and misoprostol, are co-packaged in a single box which ensures product integrity and control and allows for abortion services to be delivered in a more wide array of settings. On the World Health Organization’s Essential Medicines List for the termination of a developing intra-uterine pregnancy, Linepharma’s co-packaged mifepristone and misoprostol product was the first of its kind following the successful commercialization of the product in Australia and Canada.

After a majority of ruling judges on the Constitutional Court of Korea deemed that the criminalisation of abortion was unconstitutional back in April of 2019, abortion was officially decriminalised at the turn of the new year 2021. The decision to do so will greatly impact the 50,000 – 100,000 women who would have otherwise been subjected to the clandestine and often dangerous abortions that are estimated to happen each year in South Korea. Globally, approximately 24 million of the 73 million abortions took place each year between 2015 and 2019 were presumed to be unsafe. With the change in South Korean legislation and the introduction of Mifegymiso® to the South Korean market, Linepharma and Hyundai Pharm are excited to play a part in ensuring South Korean women will not have to endure unsafe environments during abortion anymore.

A representative of Hyundai Pharm said, “There are frequent cases of illegally purchasing and taking pregnancy termination drugs on the Internet. In this case, serious side effects may occur due to inaccurate information about the dosage to take, administration method, and contraindications, and sequelae may remain.” He also said, “Our decision to introduce Linepharma’s medical abortion product was a choice for women’s safety, and we hope that the product will be safely taken in consultation with experts in the future.”

A representative from Linepharma said “Following the legalisation of abortion in South Korea, Linepharma are proud to have partnered with Hyundai Pharm, a well renowned company in the area of Sexual and Reproductive Healthcare, to ensure women in South Korea have access to safe abortion in line with our global mission.”

Mifegymiso®, developed by Linepharma, is planned to be submitted to the Ministry of Food and Drug Safety imminently by Hyundai Pharm for market authorization and subsequent commercialization in South Korea.

For more information, please contact either Linepharma or Hyundai Pharm: 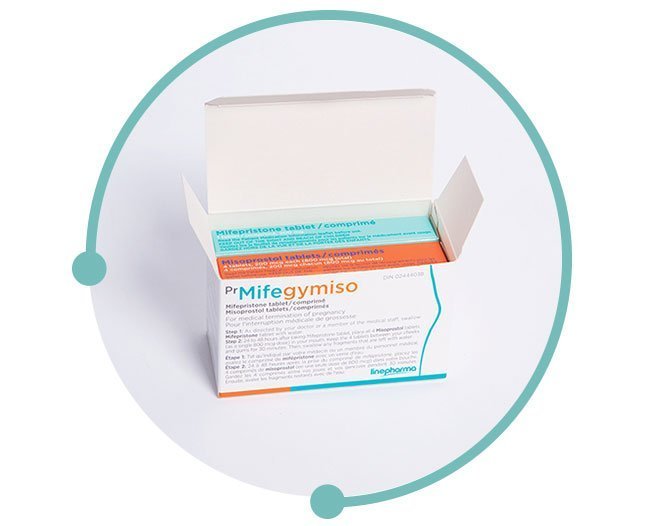